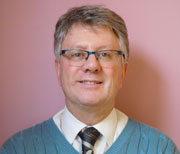 The Synod Ecumenical Officer is the Revd Roy Fowler.

Roy says: I bring plenty of Ecumenical experience to this post.   I am presently minister in the West Essex and Bishop’s Stortford Pastorate that includes formal working with the Church of England and the Methodist Church as well as informal working with a wide range of denominations. Most of my ministry has included a formal ecumenical dimension either in Single Congregation Local Ecumenical Partnerships LEPs) or Local Covenant LEPs. I have also served twice in Methodist/United Reformed Church United Areas, including being lead minister.   Eastern Synod is the third Synod for whom I have been Synod Ecumenical Officer.      This e-mail address is being protected from spambots. You need JavaScript enabled to view it.

I have served on a number of Intermediate Bodies including being Chair of Wiltshire Churches Together. I am a member of the Methodist/United Reformed Church Liaison Group. I have wide experience on advising churches on local ecumenism including drafting LEP constitutions.

The Synod Ecumenical Officer's role is to encourage local ecumenical developments wherever and whenever they occur, from the simplest forms of co-operation in a local Churches Together to fully-worked out Local Ecumenical Partnerships. Roy is able to offer advice to any minister or elders' meeting contemplating what might be possible in terms of greater ecumenical co-operation, and he should be consulted before detailed negotiations are entered into, so as to save time spent in going down possible blind alleys.  In particular, he should be consulted about Local Covenants, Sharing Agreements, Constitutions for Local Ecumenical Partnerships, and registration of LEPs with the Charity Commission. (Further information may also be found on the 'Local Ecumenism' page of the Churches Together in England website).  He is assisted by Ecumenical Officers in the four main counties of the Synod, who will normally represent the URC on the local sponsoring bodies for LEPs.

Finally Roy has an ongoing role in overseeing existing ecumenical co-operation within the Synod and advises the Moderator on ecumenical issues more generally. So I am more than willing to be consulted on Ecumenical matters by anyone in the Synod and encourage you to do so

The aim of the Newsletter is to improve communication across the Synod, which will require your input and feedback to help in offering worthwhile information.