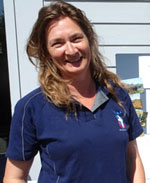 The goal is for each Synod in the URC to have a global partnership.

Eastern Synod is partnered with the Zimbabwe Presbytery of  UPCSA.

"As disciples we are all learners.
God can use this relationship to help us learn more about God and God's love.
The Body of Christ can only be enriched by the partnership."

Lindsey Brown is the Global Partners coordinator for Eastern Synod  - E-mail This e-mail address is being protected from spambots. You need JavaScript enabled to view it.

Download: Memorandum of Understanding Partnership of Zimbabwe Presbytery - Eastern Synod of the URC

Visits from Eastern Synod to Zimbabwe:

April 2020: this trip was postponed due to the global pandemic.

December 2019: the Moderator Paul Whittle visited presbytery churches and projects as part of a wider trip to Southern Africa.

December 2017: a delegation from Eastern Synod visited Presbytery churches and projects across Zimbabwe.  You can read our reports below.

Summer 2015 the Moderator, Rev Paul Whittle, and I attended the Presbytery's first National Unity Conference. It brought together the Men's, Women's and Youth Fellowships (all of which would normally have held separate conferences) and the different regions. It also included representatives from partners around the world, hence our presence. This meant that worship and teaching was delivered and translated in three languages. It was a hugely celebratory event.

December 2013 – the Moderator Paul Whittle saw my fourth trip to Zimbabwe as part of the link between the Presbytery of Zimbabwe within the Uniting Presbyterian Church of Southern Africa and the Eastern Synod of the United Reformed Church.It was good to be back. This particular visit was brief – just seven days, including those of arrival and departure – and included four main elements: conversation with the Presbytery's Ecumenical Relations Committee, about the continuing development of our link and, in particular, the possibility of the visit of a delegation from Zimbabwe during 2014; preaching at the Sunday service and visiting the congregation at Budiriro (twinned with Christ Church, Rayleigh); visiting the church and meeting the Elders at Mbare (twinned with Epping URC and St. Martin's Church of Scotland, Port Glasgow); and doing a little Bible teaching at the Kuwadzana Christian Training Centre.

August 2011 – the Moderator, partly with Jason Askew, then of HAEBEA, one of whose churches was considering an early twinning relationship.

March 2010 – the Moderator, Paul Whittle, with John Marsh, Jane Rowell, Linda Mead & Mary Jeremiah. This was in conjunction with the then Commitment for Life team.

Visits to the Synod

October 2014 and October 2018 – Presbytery Moderators, officers and ministers. They have attended Synod meetings, led services, visited outreach and fresh expression work and participated in Q&As at our churches. In the Autumn of 2018 we hosted a minister and his wife for their sabbatical. They spent time in the Synod visiting churches and projects and preaching on Sundays, visited friends in other Synods, and had rest at Westminster College.

Church Twinning  As well as the Synod to Presbytery link, four of our churches are twinned:

Through this twinning our lives have been enriched, as by any new relationship: we have learnt a great deal about one another; individual members of congregations have built personal friendships; prayers have been offered and answered; visits have taken place in both directions; we have shared our joys and trials...

Please contact Lindsey if you're interested in finding out more about the blessings and challenges involved, or about any aspect of the partnership.

Please visit our Facebook page for photos and regular updates

In December 2017 a group from Eastern Synod travelled to Zimbabwe for 10 days to strengthen and deepen their partnership, to further build relationships and to learn more about how the Presbytery of the UPC operates in its context.

The Moderator Rev Paul Whittle, with Lindsey Brown, Revd Sohail Ejaz, Robert Dart and John Driver. It was a packed itinerary that included visits to Presbytery projects, time with twinned church groups and congregations, and fellowship time with hosts in their homes.

A second visit to reinforce existing congregation-to-congregation twinning, to establish a fourth twinning (between Maldon URC and Njube UPC) and as a fact-finding trip to learn about the Presbytery's new Central Fund. This visit began only three weeks after Robeet Mugabe stepped down as President after 40 years.

John made a very positive initial contact between Njube UPC and Maldon with a view to beginning a twinning relationship; Sohail has re-invigorated a twinning with Highfield UPC which had declined following a leadership change; Robert and Lindsey were seeking opportunities to further strengthen their twinning links with, respectively, Budiriro and Mbare UPCs.  Paul and Lindsey visited Lekkerwater Secondary School, the object of Synod's 2017 awareness and fundraising campaign, and were thrilled to be able to present $6000 to the Presbytery Treasurer. 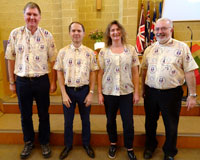 Although our Partnership is not about charitable giving, there are times when we must recognise the imbalance in our financial resources, and we feel called to respoind as we would to mebers of faimily in need.

2019: Norfolk and Waveney Area Partnership Lent to Harvest ‘Just a Drop’ Appeal Inspired by visitors from the Presbytery to a joint service in October 2018, churches in Norfolk and Waveney launched their ‘Just a Drop’ appeal.  Their goal was to raise funds to drip-irrigate a hectare of land at the Presbytery’s Vimridge Farm.  This is a project to produce local food for the community, employ local people, and raise money for the Presbytery’s Central Fund: a bid for self-sufficiency.  They held a range of creative and fun events to raise the money, which was transferred in early 2020 to the delight of the project managers at Vimridge and the wider church.  In addition, Ipswich Road URC funded the fencing-off of the 50-acre farm.  We give thanks for these churches who have caught the vision of the Presbytery to help it become self-sufficient.

Harvest 2019: As part of their Harvest giving, Trinity URC  March raised funds for the UPC’s Women’s Fellowship to seed-fund a chicken-rearing project, as their contribution to the Presbytery’s Central Fund.  The church’s generous donation paid for the chicks, feed and feeding troughs.  We give thanks for the congregation there, for their prayerful generosity.

In 2016 we had a Synod-wide appeal to support the building of a new Presbytery-run Secondary School. We were thrilled to raise $6000, which the school governors used to install a solar-powered pump and water tank so that the school would have fresh water.

Many of you have been in touch with me and the Synod Office in response to this appeal and it's been great to hear from churches across the Synod. I hope that where relevant we've been able to answer your questions.

Our original goal was for each church to raise $100 towards the building of this Presbytery school. They began building early in 2015 and so far they have two classroom blocks finished and operating, at a cost of $20,000 each, with almost 100 children aged 12-14 now studying there. Their aim is to have 4 classroom blocks, a science classroom, and a staff block.

Wherever your church is at, we'd like to thank your congregation for their engagement in this project.

The URC’s Global and Intercultural Ministry

Partnership leaflet (an overview of Partnerships)